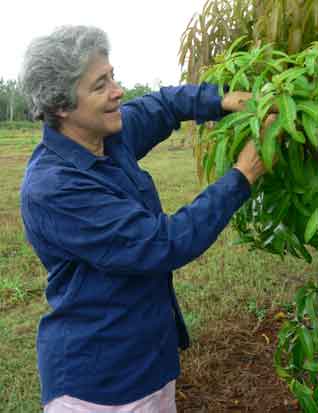 In 2008, for her leadership, Norma was awarded $10,000 and the Northern Territory Rural Woman of the Year Award. In 2009, putting her prize winnings towards single-handedly setting up Katherine’s first community market, Norma encouraged locals to start up their own small businesses, support other local business and share their produce with the community.

Mango farmer and part-time teacher, Norma Higgins has been helping local food producers for many years, volunteering her time to establish a local market and community kitchen.

Norma spent many months as the sole organiser of the market, liaising with stallholders, council and equipment hire companies. Some months later, unable to keep up with the demand for stalls, a management committee was formed to support Norma.

The market has seen much success and brought more to the community than initially imagined.